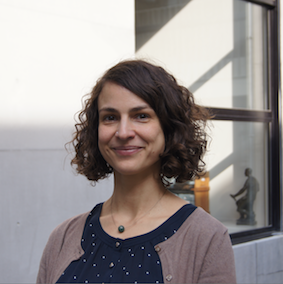 I am specialising in historical syntax and language change. For my PhD thesis (Universiteit van Tilburg, NL, 2005), I researched the character, rise and fall of the afinite construction (finite auxiliary ellipsis) in Early Modern German. From 2006 to 2009, I worked as a Research Associate on the AHRC funded project The development of negation in the languages of Europe at the University of Cambridge. One of my interests within that project was the development of negation in the history of Low German, and I built a corpus of negative clauses in Middle Low German chancery documents. My book summarising this research was published with OUP in 2014.

Since moving to Ghent in January 2010, I have worked on the interaction between negation and modality (within the GIST project) and the development of the conditional use of modal verbs in West-Germanic (FWO grant #FWO12/PDO/014). On 1 October 2013, I took up a lectureship in Historical German Linguistics at Ghent University.

Together with Liliane Haegeman and Veronique Hoste, I have secured funding from the  Hercules foundation for building a parsed Corpus of Historical Low German (CHLG) (2014-2019).

I am a member of the network project 'Morphosyntactic change through corpora in German and beyond' at the DAAD Research Hub for German Studies at Cambridge University (2016-2018).